Best Practices when Formatting a Scene Heading in a Screenplay

Learn how to properly format scene headings in a script

Scene Headings not only let the reader know where and when we are, but also provide the production team with valuable information that affects nearly every department in a major way. Not to mention, StudioBinder uses this information to sync script changes across the project.

A scene heading will always contain at least two elements: 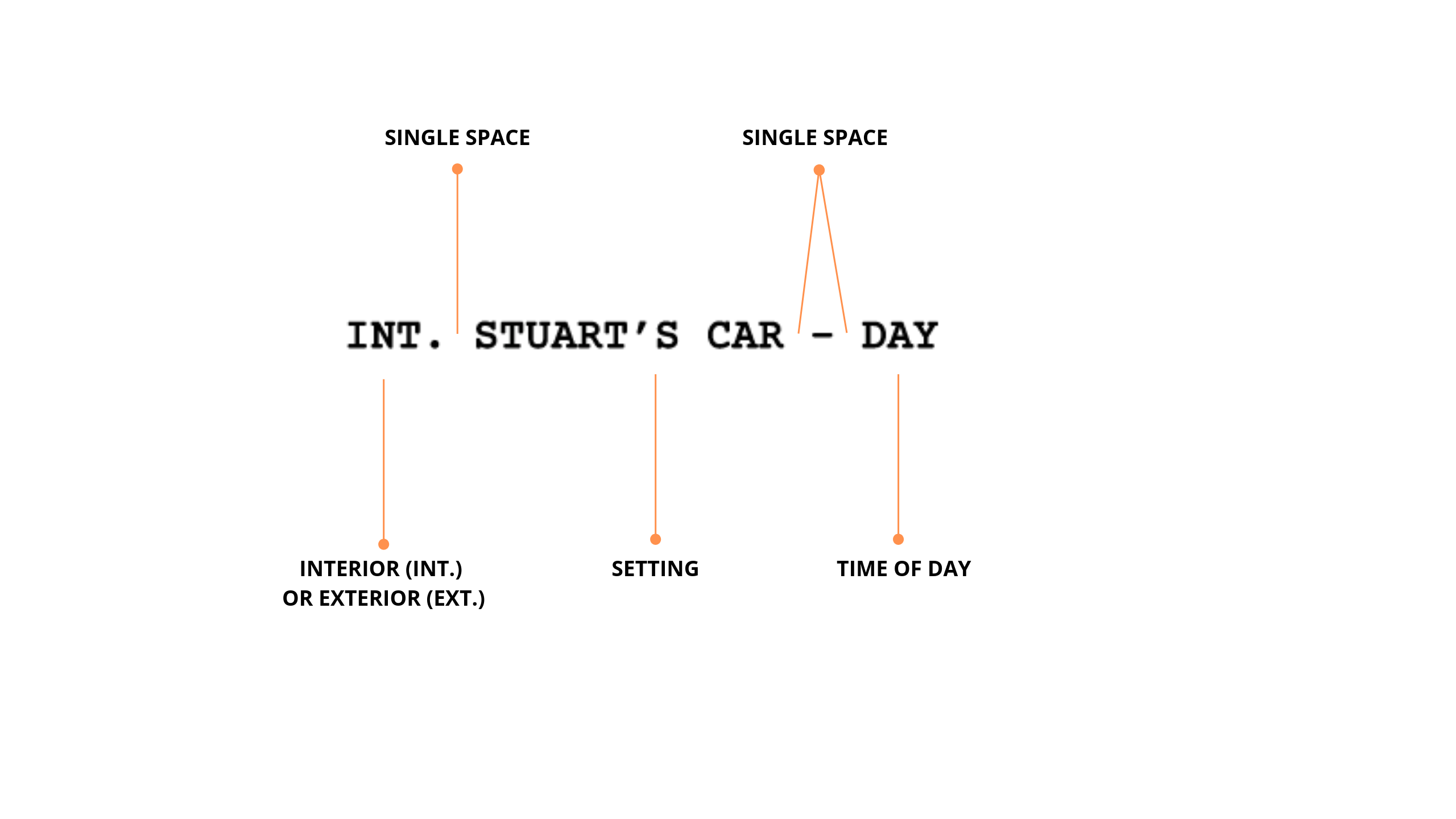 1) An interior or exterior indicator abbreviation (INT., EXT.), and 2) a location or setting.

Unless a scene is a part of a continuous sequence, the heading will also include a time of day.

Note: INT. and EXT. are abbreviations thus, they should always end in a period. The one exception being when they are joined together as INT/EXT.

There will be circumstances where you will need to add modifiers to relay a passage of time, locale etc. The following contain some commonly used modifiers:

Later is used only when a scene takes place in the same location as the one before, just at a different time.

Note: A common mistake is to use "CONTINUOUS" as a time of day. This is redundant unless the master location changes. As we can assume that each successive scene is part of a continuous sequence.

This is to avoid any confusion for the reader. When adding a locale to a scene heading, it's only needed in the first instance. Once it has been established you do not need to re-establish each time.

A specific room or place should be separated from the master setting using a slash. It would also be acceptable to separate them using a hyphen. However, a slash is preferable, as it keeps the elements grouped, making it easier to tell them apart.

It is not necessary to repeat the master setting in an uninterrupted sequence. Continuing from the above example, if we follow a character from the living room of the apartment to the bathroom, the new scene heading would look like this:

The time of day is optional when a new scene is a part of a continuous sequence that takes place all inside or outside.

The proper name of an establishment or the name of a vehicle should be enclosed in quotations.

When the camera follows a character from interior to exterior (or vice versa) in an uninterrupted shot, append the word "TRACKING" to the end of the scene heading. There should be no period before the slash of the prefix.

When a scene takes place in a moving car, the word "TRAVELING" should be appended to the end of the scene heading, separated by a hyphen.

If the time period helps define the setting, it may be enclosed in parentheses as part of the master setting.