All Collections
Scheduling
Why isn't a screenplay importing?

Why isn't a screenplay importing?

Formatting errors and incompatible file types could be affecting your import process.

Trying to import your script, but have been unsuccessful so far? Here are some reasons for why that could be: 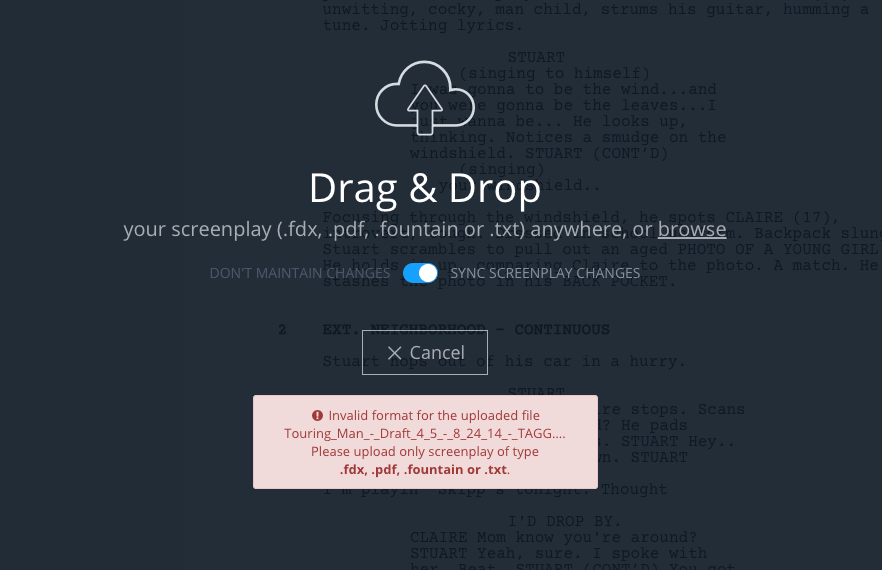 Note: Sometimes, you'll have a PDF that is actually an image which is done to protect the screenplay from being copied and pasted. You can confirm this by highlighting text in the PDF and see whether the text is being selected. If the PDF is actually an image, StudioBinder will not be able to import this file.

If you've imported the correct file type, but it still isn't importing, it could be due to the script formatting. This can be due to scene headers being incorrect.

Now, if only half your script was imported, this is because you are subscribed to the Free plan which allows you to import 50% of your screenplay. In order to import the entire script you will need to subscribe to a higher plan.

Great, now that you know why your script wouldn't import, it's time to: