When writing a script inside StudioBinder, we automatically format the screenplay based on industry-standards so you can focus on the story and not the technicals.

We also suggest taking a look at these keyboard shortcuts to speed up your writing process: 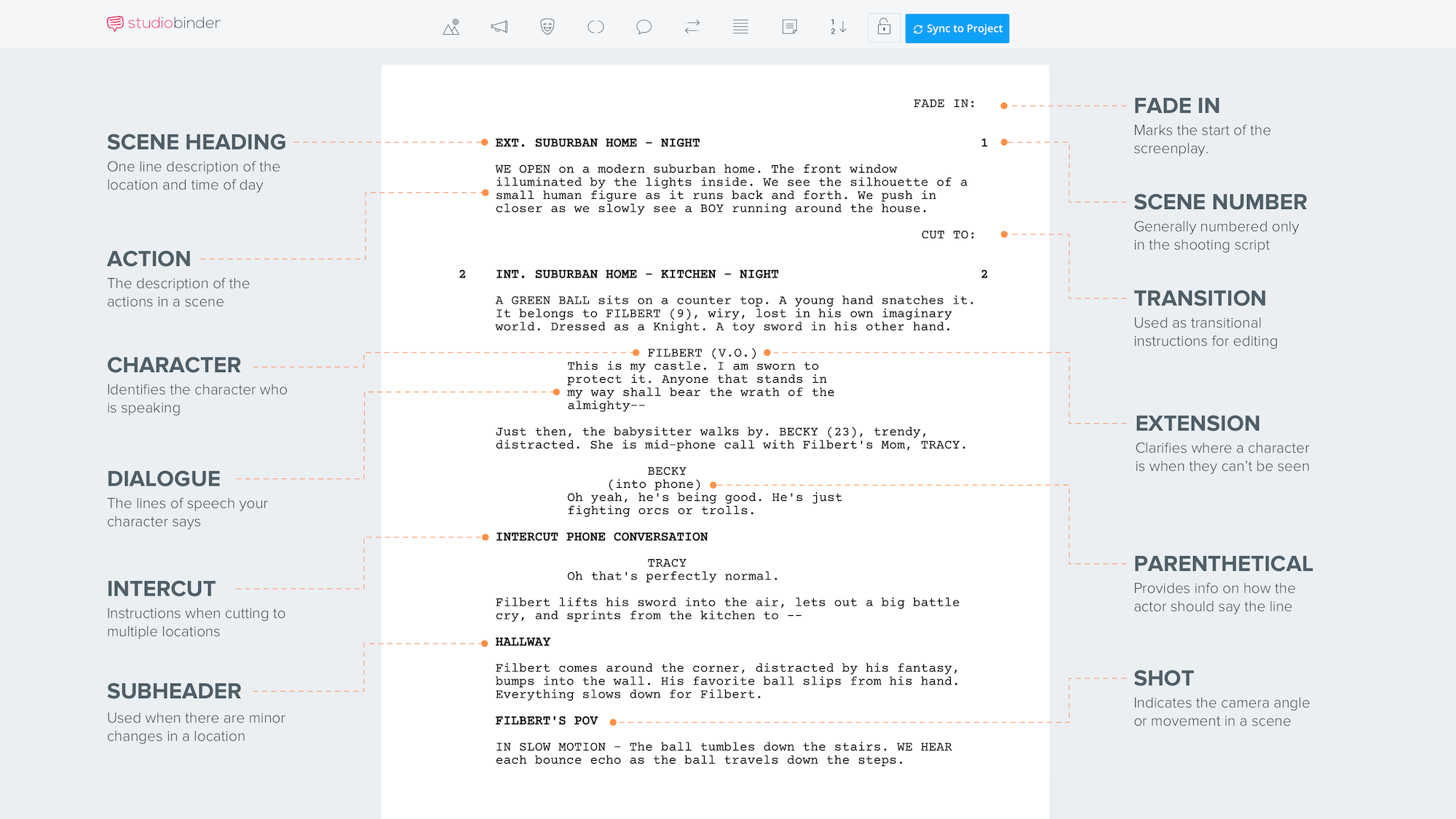 Scene headings are describe where and when the scene takes place. The proper formatting will look like this: [INT/EXT] - [LOCATION] - [TIME OF DAY]

Actions go right beneath the scene heading. They describe what will be seen or heard in the finished film.

Note: Action lines should be "just the facts." Clarity is king - remember, a script is a document that will be turned into a movie, not a novel.

Pretty straight forward here. This is the name the character goes by followed by what they will be saying in the scene.

Note: The first time a character is introduced in a script, their name should be in ALL CAPS, followed by a short fragmented description. Character names should be consistent throughout the script. If a character is known by their last name, it stays that way, even if you later learn their first name.

Extensions go next to a character name in parentheses and tell us how the dialogue is heard by the audience.

Note: Most screenwriting software will provide the standard screenplay format extensions once you start typing the parenthetical. (V.O., O.S., Into Devices, PRE-LAP)

Parenthetical's are placed directly under the character name in parenthesis. These are notes to the actor/director on how the line should be performed.

Note: You don't want to use these very often, only when it is really necessary.

Dual dialogue happens when two characters speak simultaneously. This can be indicated by a Parenthetical or by an Action preceding the dialogue.

Transitions are located between scenes and let the editor know how to go from one scene to the next.

General can be used in a variety of ways. Such as:

Used when a full scene heading isn’t required. For example, if your character moves from one area to another area in the same scene, you can add a subheader.

Used to indicate a specific camera angle or movement within the scene.

Note: These are mainly used by Writer/Directors or when the writer feels that a visual is key to the entire scene and wants to be sure the director knows it.

Formatting a Screenplay: How to Put Your Story Into Screenplay Format