Learn how to easily change the image aspect ratio of a Storyboard.

After you import a script or create a custom list, you can use the Shot Lists & Storyboard feature to visualize your project scene by scene, shot by shot. Are you trying to crop your pictures? If your images don't look right, try adjusting the image Aspect Ratio. 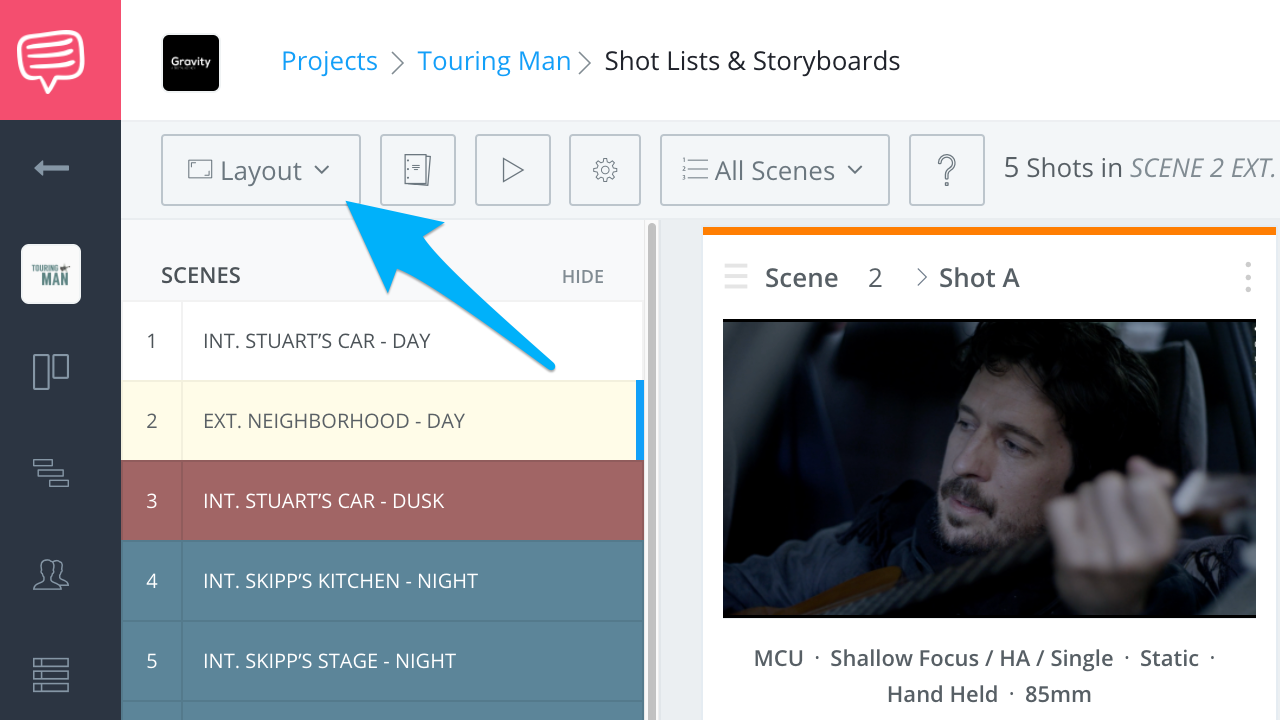 After selecting a new aspect ratio, you'll see the changes update in real-time.