How to move shots to another scene

Learn how to move an existing shot from scene to scene.

After you import a script or create a custom list, you can use the Shot Lists & Storyboard feature to visualize your project scene by scene, shot by shot. However, if you add a shot to the wrong scene, simply move it by following these steps. 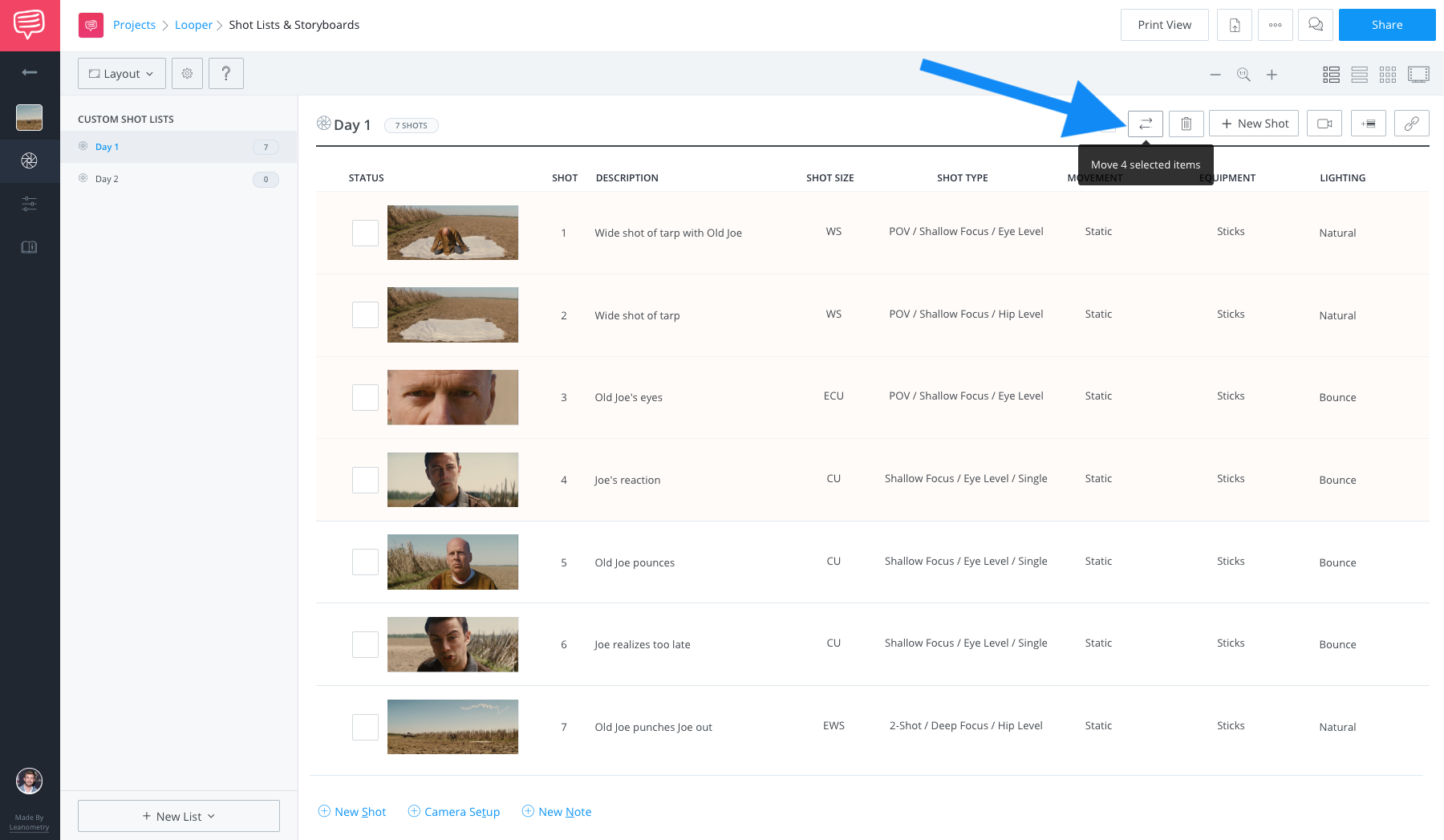 In the pop-up, select another scene you'd like to move the selected shots to and click Move.

Can I copy a shot and move it to an Imported Shot List?

Yes, you can! Simply follow the steps from above to move shots from one list, to another.